At HealthNaturally®, we believe in the power of blending the finest botanicals with our full-spectrum hemp oil to create products that are safe, consistent and effective.

Our team selects, sources, prepares and blends an array of the finest healing botanicals nature has to offer. 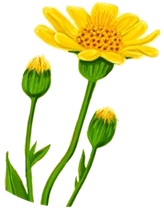 Arnica is very special to us here at HealthNaturally® because it grows wild all around us in the mountains of Colorado! When applied externally, arnica oil stimulates the peripheral blood supply, making it one of the best pain remedies for sports massage, sprains, strains, bruises and wounds. It can also be used to relieve inflammatory conditions. 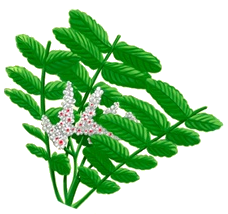 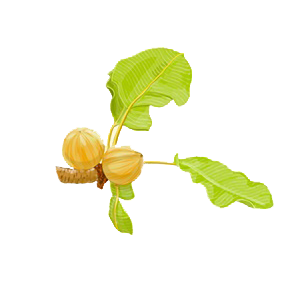 Like the ancient Egyptians, we too cherish shea butter. It’s a humectant (water retainer) that diminishes water loss and protects your skin from the sun. Besides being rich in vitamins A and E and essential fatty acids, it's also filled with anti-inflammatory properties. 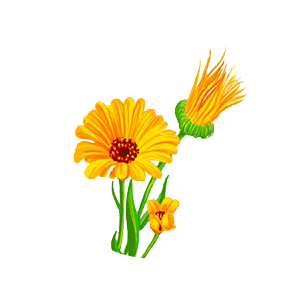 In 19th century America, many physicians used calendula externally for superficial burns, bruises and wounds. In the 20th century, British author Maud Grieve states that it is primarily a local (topical) remedy and that applying the petals to insect stings will reduce pain and swelling. She also recommended a lotion made of the flowers for sprains and wounds. Sounds like Maud Grieve would support Calendula in our salves.

Many modern herbalists choose Calendula for bruises, sprains, wounds, chapped/dry skin and any type of skin inflammation, such as rashes, bed sores, leg ulcers, boils, etc. Calendula can be used for all skin types, especially for sensitive skin. Calendula has been proven to be antimicrobial, anti-inflammatory, wound-healing, mild antispasmodic and antifungal. Even the German Commission has approved the use of Calendula externally for poor-healing wounds and foot ulcers. Calendula is so good at healing wounds, many recommend to not apply to oozing wounds, because it can heal so quickly it can seal in the pus. 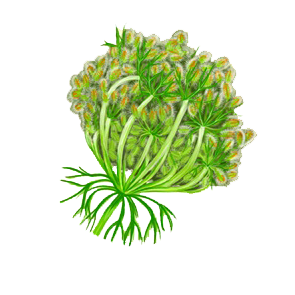 This powerhouse of the plant world is known for its ability to regenerate skin. A natural cold press method allows us to extract the maximum amount of its vitamins A, B, C, D, E and F, so each drop is dense with antioxidants that protect your skin cells from environmental aggressors and help to bring back its tone, elasticity and tightness. 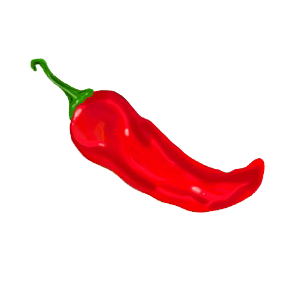 Cayenne pepper, when applied topically, has powerful pain-relieving properties. These properties come from the active ingredient in cayenne pepper, the resinous and pungent substance known as capsaicin. Capsaicin stimulates nerve endings, so they release a receptor chemical, substance P. This release leads to substance P’s depletion. Substance P was discovered in 1931 and is a protein found in the brain and spinal cord. Substance P is responsible for transmitting pain signals to the brain. When a nerve ending has depleted all of its substance P reserves, pain signals are no longer transmitted to the brain until substance P has been replenished. The result of this is relief from aches and pains. Unfortunately, substance P is not the sole transmitter of pain, so capsaicin may only be effective in certain types of pain.

In one study, a man who experienced chronic pain due to injuries from a bomb explosion used a high concentration capsaicin patch and experienced an 80% reduction in his pain symptoms.

As capsaicin interacts with nerve endings, at first it produces pain, but quickly depletes the substance P, so that the brain no longer receives the message of pain. The result is pain relief. Capsaicin as a natural pain reliever does not pose the risks associated with common NSAIDs and other pain-relieving drugs.

Substance P is the main reason why cayenne is such an important ingredient in our relief salves. 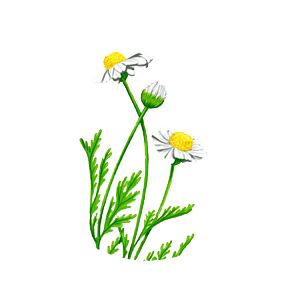 Chamomile oil is a known super anti-inflammatory derived from the German chamomile plant. Besides possessing a high amount of calming azulene, it also contains alpha bisabolol, a known antifungal and antibacterial with a proven history of helping soothe skin burns. 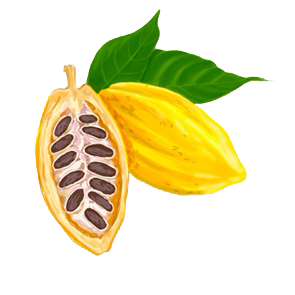 Cocoa butter is a type of fat that comes from cocoa beans. Cocoa butter is high in fatty acids, which is why it’s often touted for its ability to hydrate and nourish the skin and improve elasticity. The fat in cocoa butter forms a protective barrier over skin to hold in moisture.

Cocoa butter is also rich in natural plant compounds called phytochemicals. These substances may improve blood flow to the skin and slow skin aging by protecting against damage from the sun’s harmful UV rays.

One common use of cocoa butter is to smooth scars, wrinkles and other marks on the skin. Many women believe cocoa butter creams and lotions can be used during and after pregnancy to prevent and minimize the appearance of stretch marks. Cocoa butter has also been promoted to heal rashes from conditions like eczema and dermatitis. 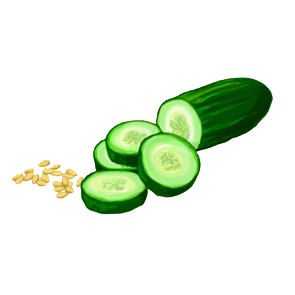 Eucalyptus essential oil is distilled primarily from the fresh leaves and twigs of the plant. Eucalyptus is a very powerful essential oil that can help ease the pains of sore muscles, body aches, rheumatism and rheumatoid arthritis. 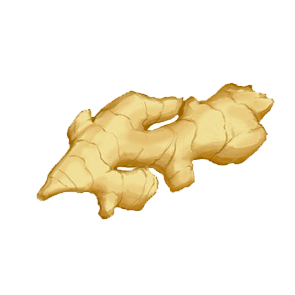 This essential oil is distilled from the ginger root rhizome and produces a scent that is rich and spicy and contains anti-inflammatory properties. The pain-relieving and warming properties of ginger make it a preferred choice to treat arthritis, muscle aches and pains, sprains, strains and poor circulation. 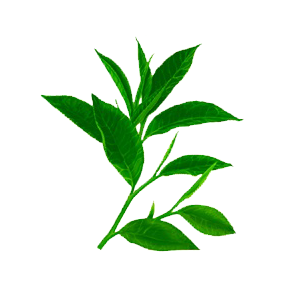 Emollient, nutritive and rich in antioxidants, this oil actually dissolves the oil complex that holds dead skin cells together. 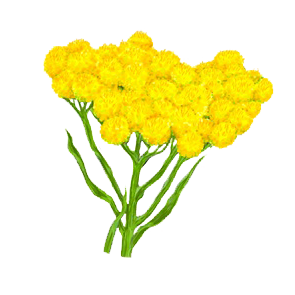 Its antibacterial and antifungal properties have been used for centuries to fight infection, but it's also a known soothing anti-inflammatory that heals wounds and minimizes scarring. 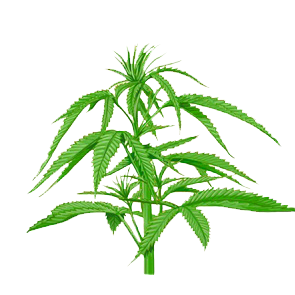 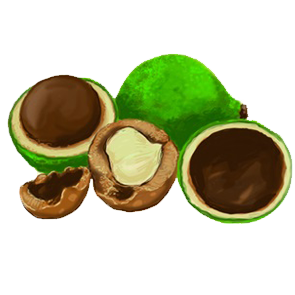 Kukui oil is expeller-pressed from the roasted kukui nut found in the Hawaiian islands. Hawaiians use this oil to protect and heal their skin that has been damaged by sun, salt water and dry winds. Kukui nut oil is a light penetrating oil that does not clog your pores. It is a preferred oil to help with acne, psoriasis, eczema, dry or wrinkled skin, and sunburns. 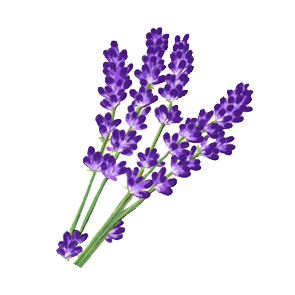 True lavender essential oil has many uses for treating the skin. It naturally reduces inflammation, lessens pain and cleans the surface of the skin. It is also calming and relaxing.

This essential oil can be obtained either through cold expression from the fruit peel or by distilling the whole lemon. Rich in vitamin C, lemon oil smooths the skin and can be used to treat dull, oily skin. 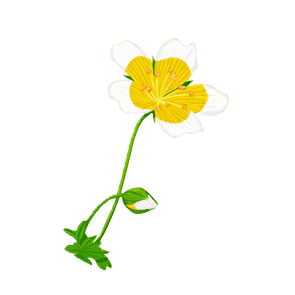 This rich, nourishing oil is packed with antioxidants and helps to lock in moisture in hair and scalp. It is a good source of vitamin E, known for its protective and skin-softening benefits. 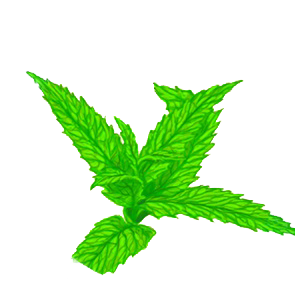 Menthol is obtained through peppermint oil. It has an analgesic, cooling effect, and it is approved by the FDA for pain relief. 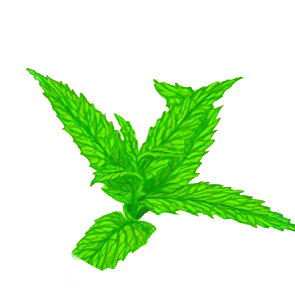 Cooling action of peppermint is immensely soothing for tired and aching legs and feet. 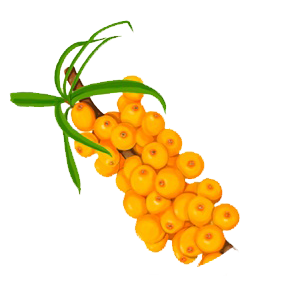 Our Sea Buckthorn oil is very unique and extracted from the berries of sea buckthorn grown wild in Tibet. This oil works with the full-spectrum hemp oil to help enhance the benefits on skin. This formula provides potent omega fatty acids to help improve skin barrier and address the effects of skin aging. 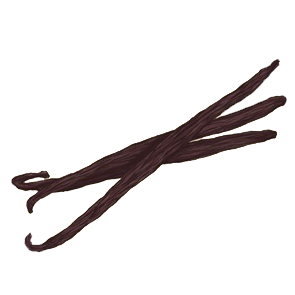 The sweet, warm, rich aroma of vanilla extract not only soothes the palate, but it also calms the mind and now we find that it also restores skin. This essential oil is made from fermented vanilla beans. Vanilla is rich in antioxidants and phenolic compound vanillin, which helps to neutralize free radicals and prevent skin damage. Vanilla is also loaded with different B vitamins, especially niacin, and antioxidants, which play an important role in maintaining healthy skin. 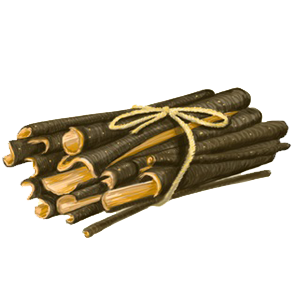 White Willow Bark, otherwise known as “nature's aspirin,” has been used for over 5,000 years. Historically, ancient Egyptians and native Americans used the bark for its analgesic, antipyretic (fever-reducing) and anti-inflammatory properties. What makes this herb so intriguing is its similarities to the non-steroidal anti-inflammatory drug (NSAID), aspirin.

Today, doctors typically recommended NSAIDs like aspirin to relieve pain, fever and inflammation. Doctors often suggest adults over the age of 50 take a low dose of aspirin daily to prevent cardiovascular disease. However, according to the New England Journal of Medicine, deaths from gastrointestinal problems from NSAIDs in 1999 alone accounted for the “15th most common cause of death in the United States.” Sadly, NSAID consumption has dramatically increased since then, leading to persistent long-term use and abuse in some consumers. Due to NSAID’s life-altering, and at times life-threatening side effects, researchers are exploring alternative treatments through the use of herbs and natural supplements.

White willow trees are native throughout Europe and Central Asia. The bark of the white willow tree contains powerful flavonoids, tannins and salicin glycosides (an anti-inflammatory agent). When salicin glycosides are consumed, they metabolize through the digestive system and filter through the liver, thus becoming salicylic acid –– the active ingredient in aspirin. 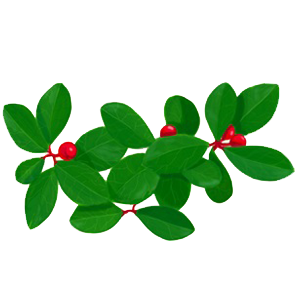 The sweet, minty, refreshing wintergreen oil is extracted from the leaves of the shrub plant and contains a unique chemical component called methyl salicylate. This chemical contains strong soothing properties and naturally occurs in only two plants worldwide--birch and wintergreen. Methyl salicylate is closely related to aspirin and has analgesic and anti-inflammatory properties.